Shou Sugi Ban or Yakisugi is a technique used in Japan to preserve wood. It was historically applied to cedar boards and used as siding material for buildings and temples. In addition to protecting the wood from insects and rot, burning the siding actually made it less likely for it to catch fire again in the future. For my purposes, I wanted to build a feature wall to use in my garden while also making it portable for use as a backdrop when photographing all the bonsai at this year’s Bonsai Club Show.
Most videos and tutorials I’ve seen use a large propane torch to char the planks. I’ve seen a more traditional method shown where three boards are tied together to form a triangle shape chimney then place over a fire. The chimney effect draws the flame up across all the boards very quickly. I chose to combine these two methods by placing the three board chimney on top of my outdoor propane burner. It’s the type you’d normally see used for deep frying turkeys, or in my case, brewing beer. 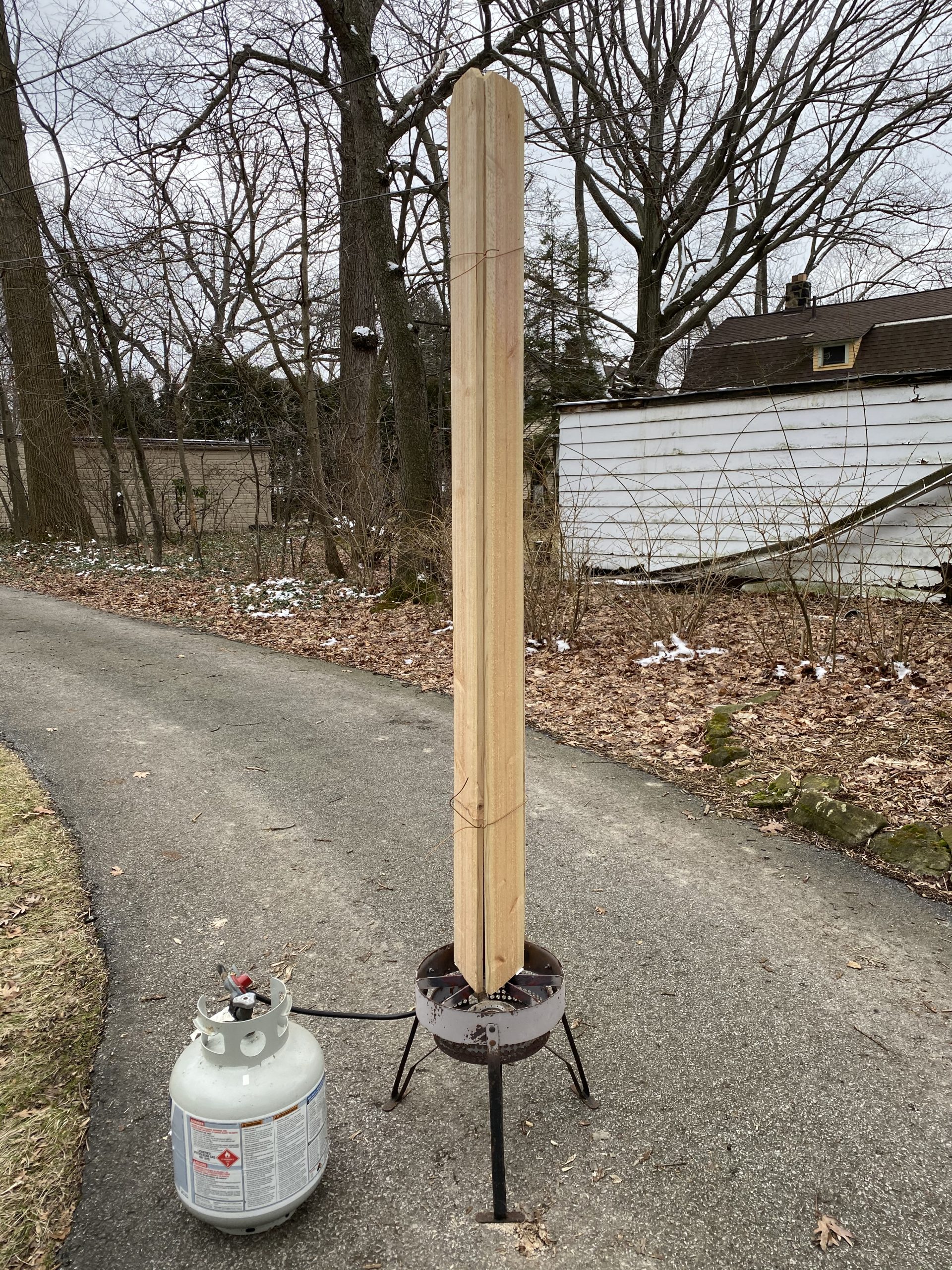 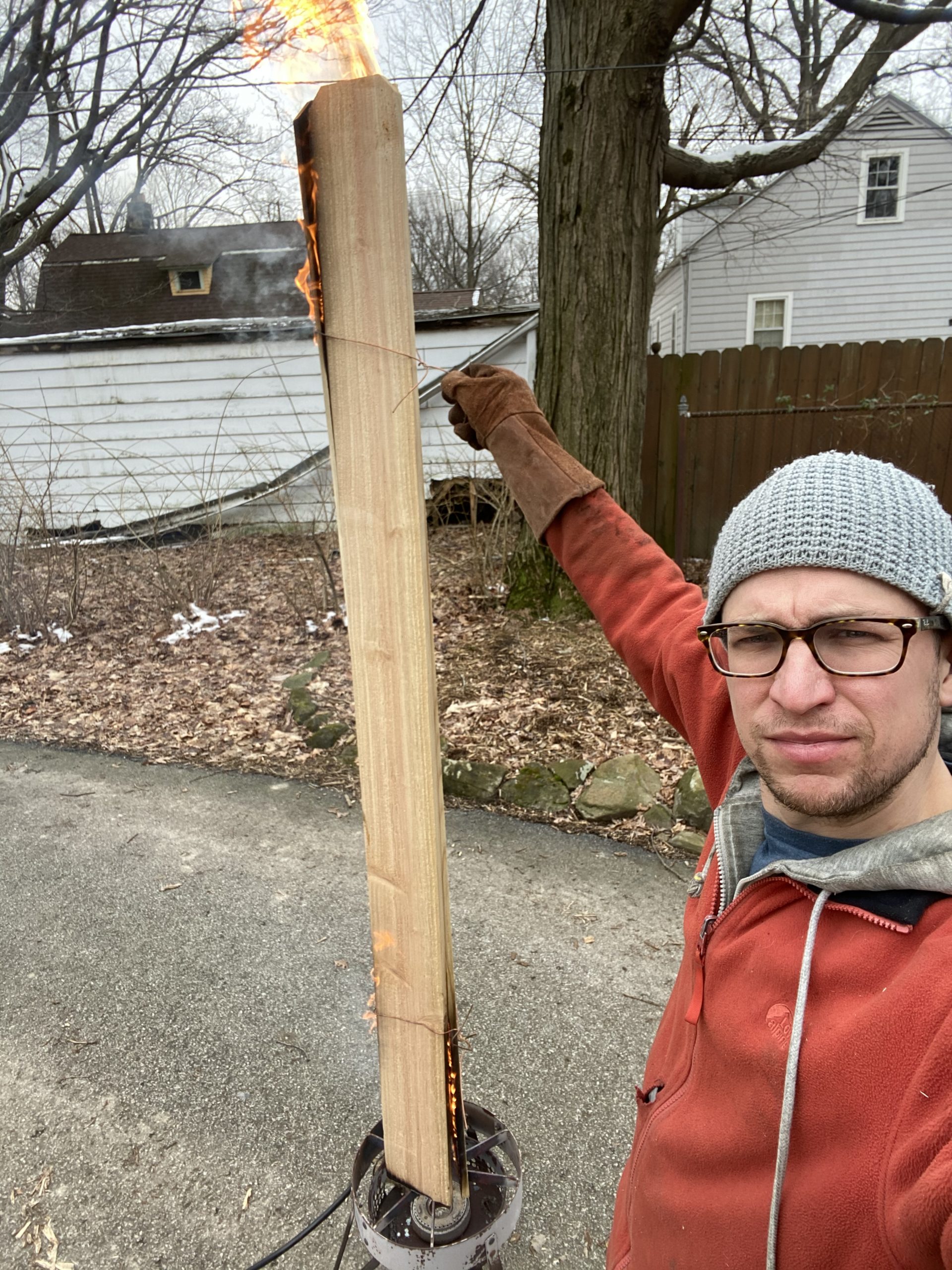 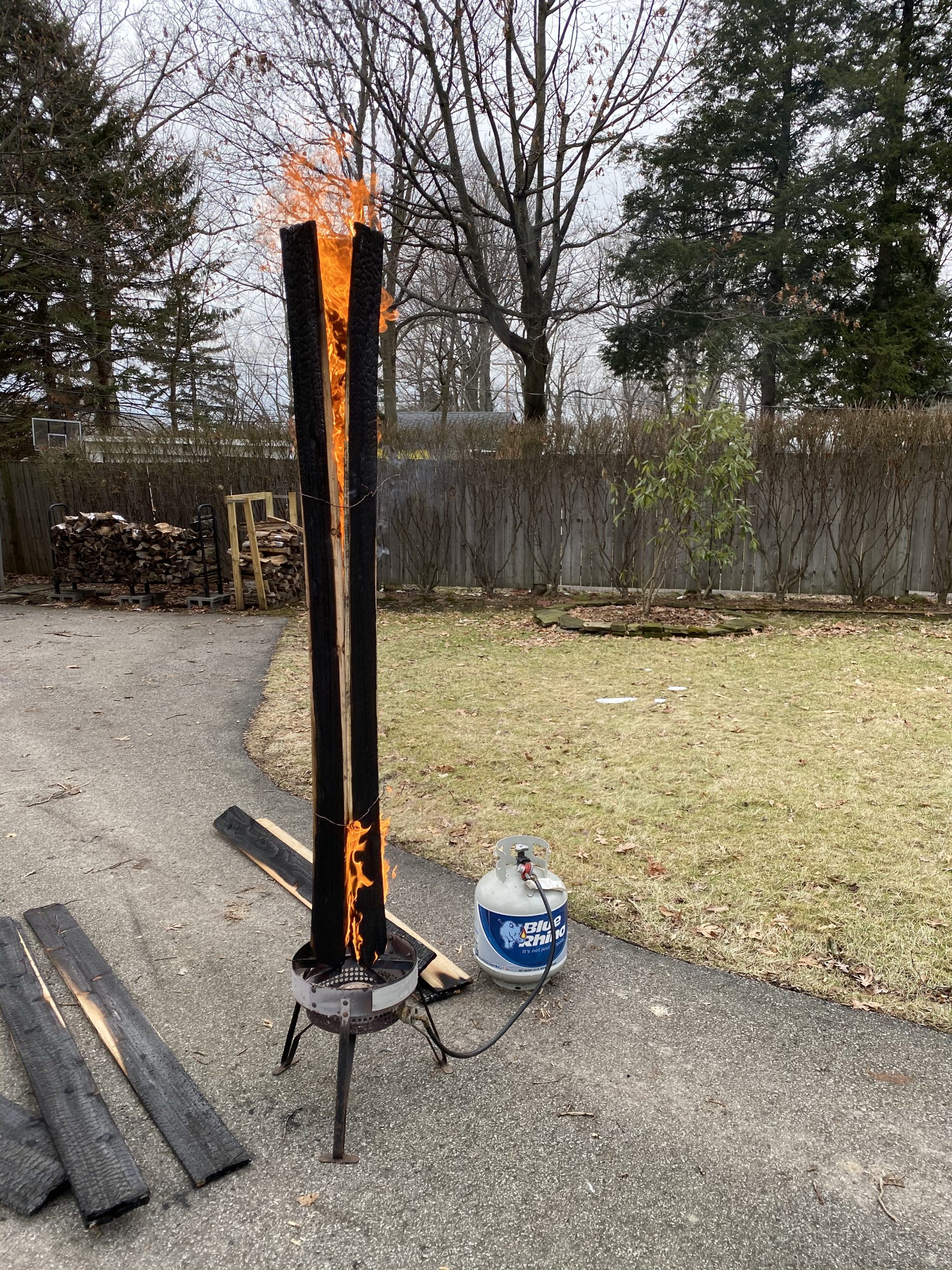 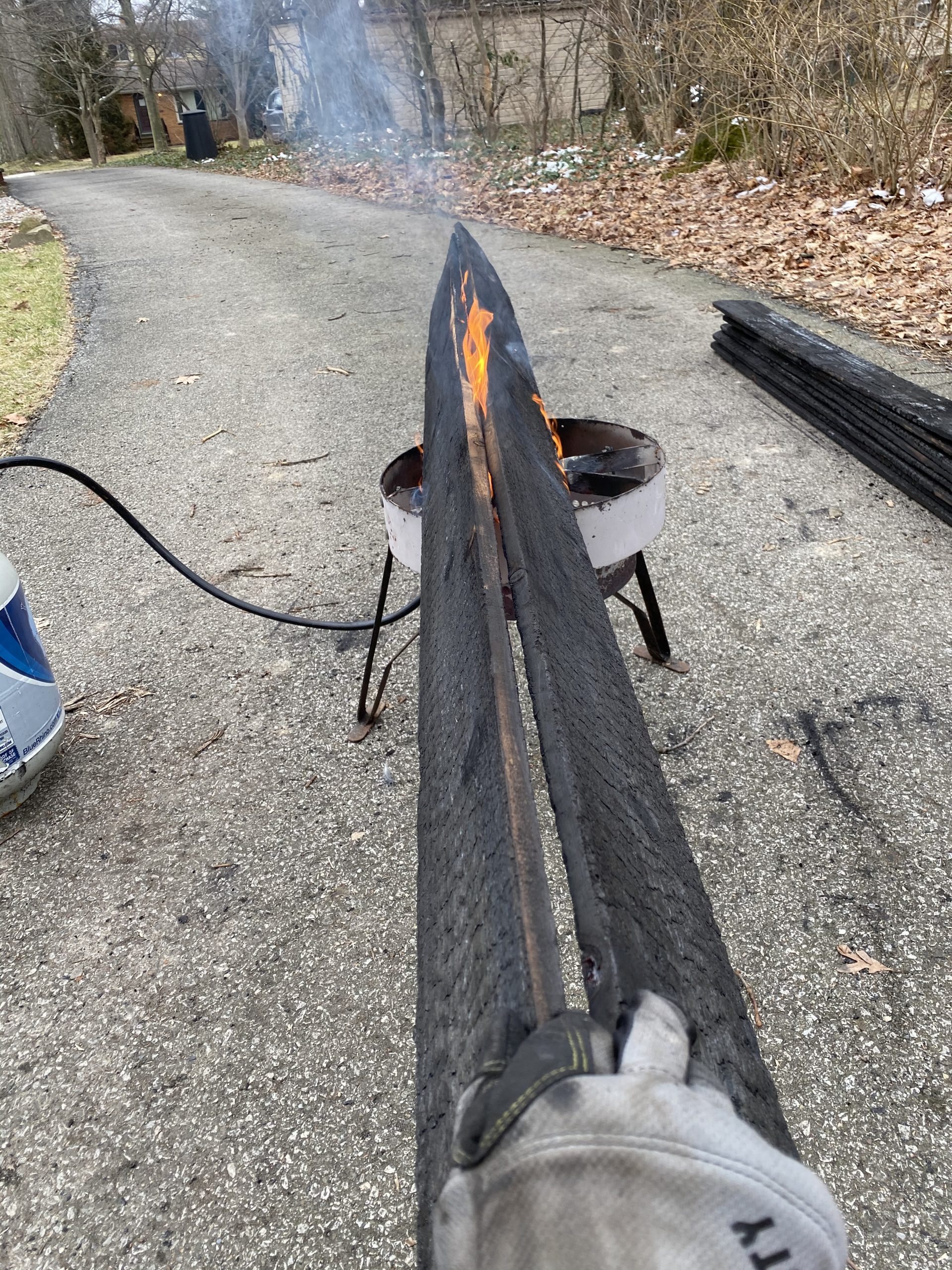 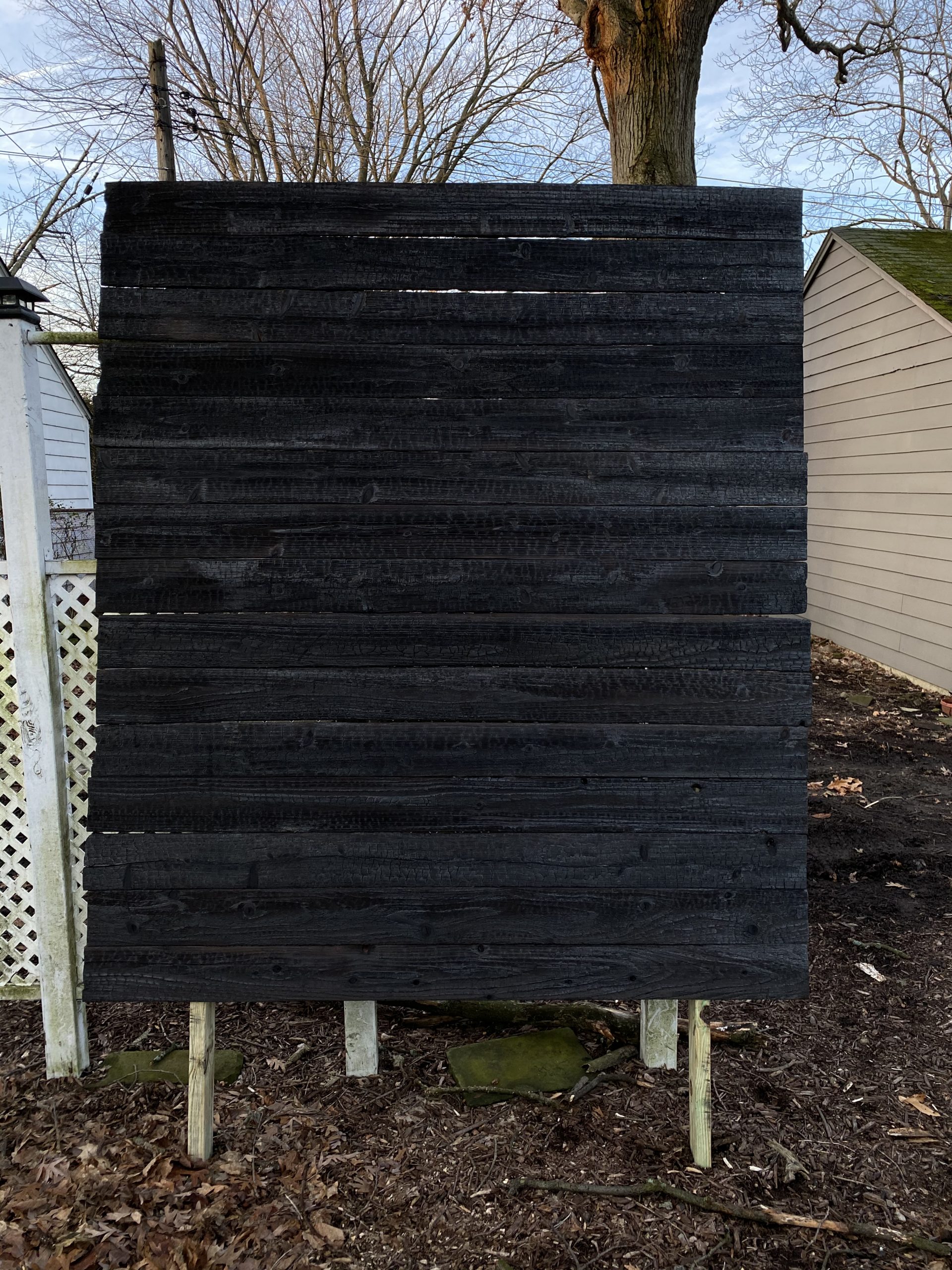 Our meeting this month will be Saturday June 25th at 9:30am in the classroom at Rockefeller Park Greenhouse. We will talk about our recent Spring Show as well as upcoming events for the rest of the year.

Remember, all are welcome to attend and bring a tree for advice!